Forward-thinking, experienced and dedicated to innovation.

Radom is a global leader in advanced plasma technologies.

We provide sustainable and innovative plasma solutions for industries including analytical instrumentation, clean tech, and hydrogen generation. Our products and instruments lead to safer processes, faster performance, and the reduction of pollution with the promise of continuing to detoxify our earth.

Our leaders at Radom use their expertise and unwavering commitment to drive continuous innovation to help improve the science & technology behind our products. 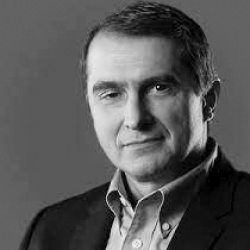 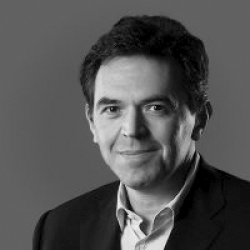 IVAN DELEVIC
Chairman of the Board 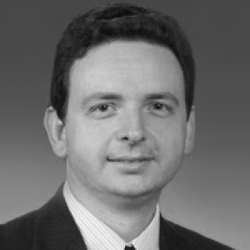 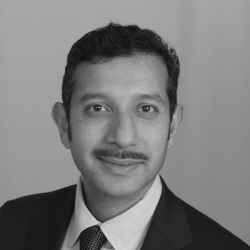 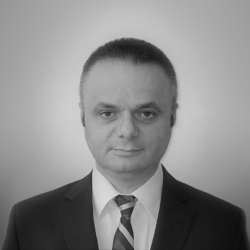 Radom Corporation is a high-tech, venture-backed company that has developed an advanced plasma technology with worldwide applications, including spectroscopy, renewable energy, and sustainable agriculture.

Our fast growth has been enabled by our highly qualified and talented team that focuses on providing sophisticated solutions to challenging problems faced by our customers. We are continuing to expand our team of passionate people who want to be a part of new and exciting technologies. 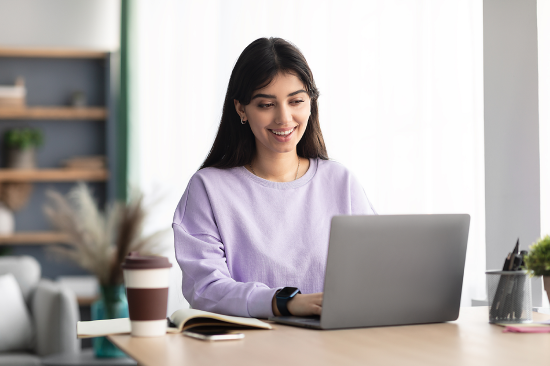 Optimize your performance and reimagine plasma with Radom.

The latest news, resources and more straight to your inbox.

Roman Bensen is a seasoned financial executive with two decades of experience, specializing in strategic finance and corporate performance improvement. His professional experience spans multi-billion dollar public companies and entrepreneurial startups. Mr. Bensen is the former Founder and President of Fidelity Marketing Group and Founder and CEO of Direct Home Capital, both financial services companies. He also has previous investment banking experience with Jefferies & Company’s corporate finance group. Most recently, Mr. Bensen also lead to the successful acquisition of EnMovi, Inc., a subsidiary of OrthoSensor, Inc by Stryker. Mr. Bensen earned his MBA from Tulane University and holds an MS in Civil Engineering & Environmental Studies, as well as an MS in Electrical Engineering.

Chairman of the Board

Ivan Delevic brings a wealth of medical device industry experience from his prior leadership roles within Johnson & Johnson, GE Healthcare, MAKO Surgical, as CEO at OrthoSensor and in his current role at Insightec as the Global Head of Strategic Marketing and Business Development. His vast experience has lead to the successful acquisition of MAKO and OrthoSensor by Stryker. Ivan has global experience with previous roles at GE Healthcare including General Manager for Molecular Imaging EMEA, Global Marketing and Sales Manager for Surgical Navigation, Business Development Manager, Six Sigma Leader & Black Belt for Global Functional Imaging, and Sales Manager for Southeastern Europe. He was also a co-founder of a business where he has served as a business development advisor to numerous medical device companies. He holds a M.B.A. from the Technical University of Budapest through a joint program with Herriot-Watt University and a M.S. in Electrical Engineering from the Technical University of Budapest.

Dr. Jevtic has over 20 years of experience as a member and leader of high-technology R&D teams in semiconductor processing equipment (Tokyo Electron: 1999-2000), magnetic-resonance imaging (Medical Advances: 2000-2004, Invivo: 2004-2006), plasma generator (Radom, 2015-present) industries and in academia (MSOE University: 2006-2014). Mr. Jevtic co-founded and serves as the Chief Technology Officer of Radom Corporation which develops and markets microwave plasma technology, he co-invented. Dr. Jevtic works closely with scientific luminaries, customer’s engineering development teams, and Radom’s intellectual property attorneys to advance Radom’s technology recognition, development, and protection. He was the Principal Investigator on a National Science Foundation Small-Business-Innovation-Research grant and has received recognition from the James Clark Maxwell Foundation as the first person to solve all 10 of Maxwell’s Smith’s Prize problems that have remained unsolved since the 19th century. Dr. Jevtic holds Ph.D. (1999) and M.S. (1994) degrees in Electrical Engineering from The Ohio State University, has co-authored over 50 publications, including 15 issued patents, and is a recipient of the 2016 Business Research Entrepreneurship in Wisconsin Award.

Ashok Menon has a proven track record of management and leadership in Medical Devices (1998 – 2016), Plasma industries (2016 – Present), and a variety of IOT, and communications industries for which he has served as advisor and consultant. He has served in positions specializing in operations, organization Excellence, and E2E product management with both domestic and international product development. He co-founded and serves as the COO of Radom Corporation which develops and markets microwave plasma technology, he co-invented. While at Radom, Ashok Menon has brought worldwide recognition to Radom’s technology with market introductions of innovative product and technology solutions. He has developed and negotiated key OEM business relationships while developing end user groups to advance the Radom’s mission. Ashok Menon holds a. M.S. (1998) degrees in Electrical Engineering from Marquette University, has co-authored over 10 publications, including 7 issued patents, and is a recipient of the 1st place award in the service category of Governor’s Business plan competition in 2004, and 2016 Business Research Entrepreneurship in Wisconsin Award.

Velibor Pikelja brings to RADOM over 20 years of combined product design, service, and repair experience. Prior to RADOM, Mr. Pikelja spent over 19 years in healthcare sector, working for Philips medical instruments, where he led a team and engineers and others and has taken over two dozen products from an idea and computer simulation through early feasibility models and all the way to production. Mr. Pikelja excels in electrical engineering, mechanical engineering, and software development. Mr. Pikelja is one of the original co-founders of RADOM corporation who together with his colleagues has developed the RADOM technology and continues to add value to the company though his innovative ideas and collaborative work. He holds a B.S. in Electrical Engineering and Computer Science from UWM.